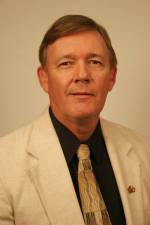 I have been in the real estate business since 2005. For this entire time, I have worked for Windermere Real Estate, which in December 2009, became Long Realty West Valley. I am enjoying my career in real estate and because of this, I have met a lot of really great people, most of whom have become very good friends of mine. As for me personally, I was born and raised in St. Thomas, Ontario, Canada. My first career was with the Ontario Credit Union League, in Toronto, Canada, working as a computer operator. In 1975, I joined the Royal Canadian Mounted Police (RCMP) in Ottawa, Canada, as a computer operator in the RCMP's computer center, also known as CPIC (Canadian Police Information Center). In 1980, I was promoted to the Systems Analysis & Programming branch. It was during the next 15 years, that I programmed micro-computers for police applications within the RCMP. My last big project was designing, development and implementation of an automated interface between Canadian and United States law enforcement systems through the Interpol offices of both Canada and the United States. In 1994, I left the RCMP, moved to Chicago, Illinois to work for the National Insurance Crime Bureau (NICB). It was during this period, that my wife, Monica and I, had the great opportunity to move to Phoenix, Arizona. We currently reside in the Active Adult Community of Sun City Grand, located in Surprise, Arizona. I must say, Sun City Grand is the most beautiful active adult community I have ever seen. Monica and I are owners of the Sunrise Salon & Spa, located within the Sun City Grand community.